Today, as HAM radio operators, we are constantly fighting against man-made noise. We could say that RFI(y) kills our hobby and also takes the fun out of it if we have a QSO on a certain band or frequency where QRM is more common than rare. Because of this so-called Man Made Noise I have developed a new sport, the so-called RFI Hunting 🙂 . Many people are going for walks with their dogs, birdwatching or doing something else during this pandemic… But when I leave home, I don’t take my dog or binoculars outside, I take my RFI Hunting Tools. In this case the IC-705 with an active magnetic loop MLA-30 + powered by a 4000 mAh Powerbank and an RF Explorer spectrum analyzer.

During my frequent walks through my neighborhood, I try to locate the location and pinpoint exactly where the RFI is coming from. Last year (2020) I managed to find 4 different RFI sources and made some new friends in the process. Think of LED garden lighting, a Micro-controlled Powerbox and more. With all the neighbors where I found the RFI source, I had a nice and friendly chat and explained what RFI is, what the problems are, what causes the RFI, etc…! I think we all have similar experiences as HAMS…

After using my RFI Hunting tools, I manage to find the culprit. Apparently my new neighbours weren’t using the Cable provider for their TV, IT and Phone like my former neighbours had, but instead were using the  National Telecom provider. This meant that their modem went through the Wall socket Telecom infrastructure(ISRA) instead of the Cable Antenna infrastructure. At that specific ISRA I measured – 33dbm (5/9 + 40db) so the interference had to come from there. Just before Christmas I was lucky enough to come in contact with “THE” Techical Guru of that specific National Telecom provider about another matter. So after I found this specific RFI, I phoned him and kindly asked if he could see anything on my neighbor’s infrastructure as these telecom and cable providers nowadays can track all of our interaction remotely through their infrastructure network. About 1 hour later he called me back and told me he already installed some digital notches on my neighbour’s profile and Eureka, the problem was gone (see pic 3)

But after this “Eureka” moment the story was not over as I still had RFI outside the 40 mtr HAM band which prevented me from listening to the Broadcast band due to the high noise level 24/7. By looking further into my neighbor’s infrastructure, the Technical Guru saw that their particular internal infrastructure had a Bridgestep inline. This parallel line may have existed as a 2nd telephone line elsewhere in the house in the past, but was no longer in use. That meant that the National Telecom provider would make an appointment to remove the Bridgestep. A few days later, when the Field engineer opened the ISRA outlet, they found a sort of “MacGyver” solution of a few crossed wires. (see pic 4) By disconnecting the Bridgestep and connecting the ISRA socket as it should, everything was fine and the RFI was completely gone. 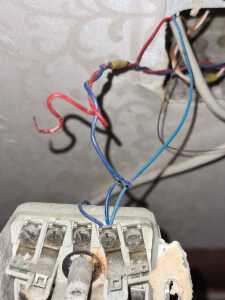 After this strange ordeal and fortunately knowing the right people within the National Telcom provider, I was lucky enough to solve this problem. So another RFI Hunt was found and resolved. Currently we already are working on the next RFI issue within my neighbourhood ….

RFI Hunting is a never ending story, but it is worth going down this road as you will meet new interesting people in the process and at the same time learn people about RFI and the interesting world of HAM Radio.

If you want to know more of my previous experiences please do not hesitate to drop me an email at roma-dx@ziggo.nl or just use the CONTACT form on this webpage 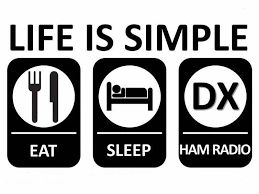